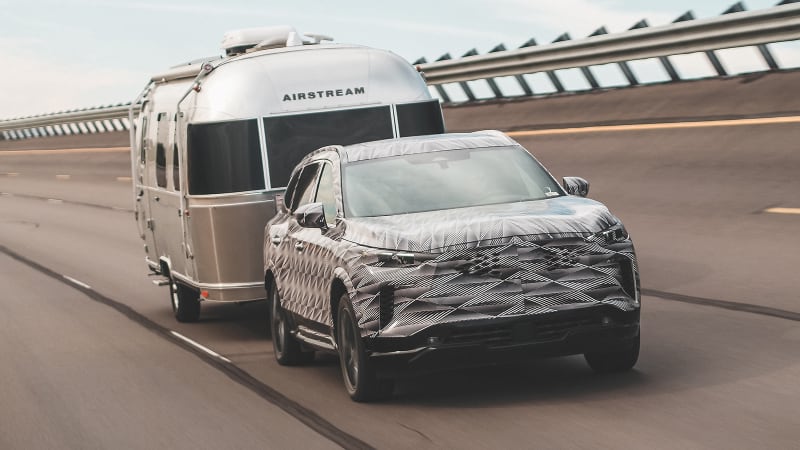 Though it hasn’t been fully revealed yet, we have reason to believe the 2022 Infiniti QX60 will be a big improvement over the outgoing model. The concept has more confident and elegant styling, and the company has announced that the unloved CVT will go away in favor of a more conventional nine-speed automatic. We’re expecting that transmission to be more pleasant in daily driving, but it also has had the bonus of letting Infiniti get more towing capacity out of the crossover.

The new maximum trailer weight for the QX60 is 6,000 pounds, an improvement of 1,000 pounds over the old model. That makes the QX60 one of the best options for the trailer set in its class, outperforming the Acura MDX, Buick Enclave, Cadillac XT6, Lexus RX and Volvo XC90. The only three-row luxury crossover in the price and performance segment to beat it is the Lincoln Aviator, which offers 6,700 pounds.

The QX60 will be fully revealed later this year. The company has also announced that it picks up a bit of horsepower over the previous model. Pricing will probably be similar to the current model which starts around $45,000.